Cheapest Lamborghini Hire in the UK by PB Supercar Hire 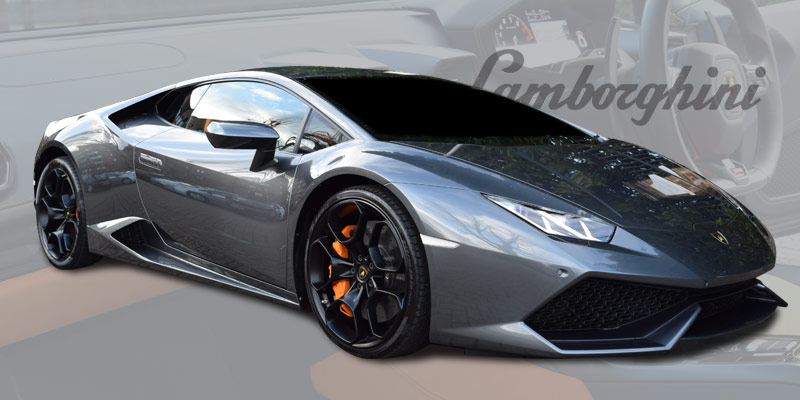 This is a supercar known for outstanding performance and jaw dropping design. Our Lamborghini hire will leave a permanent smile on your face with a 0-60 of 3.2 seconds and top speed of 202mph and will be an experience you will never forget. 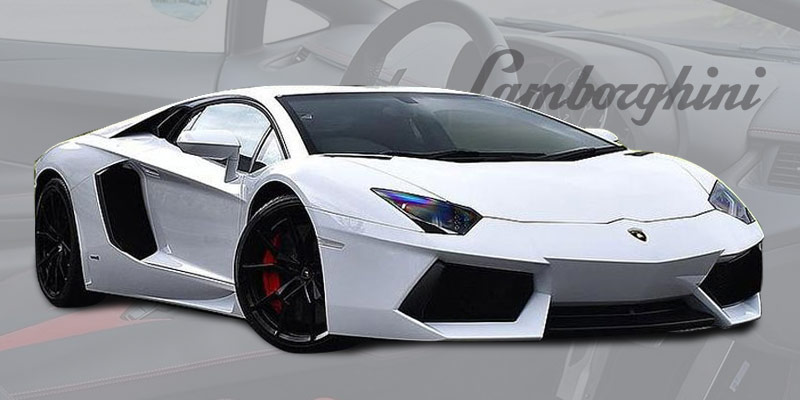 Our Aventador is the flagship model that Lamborghini offer with eye watering top speeds. This Lamborghini rental car has a 0-60 of 2.9 seconds! 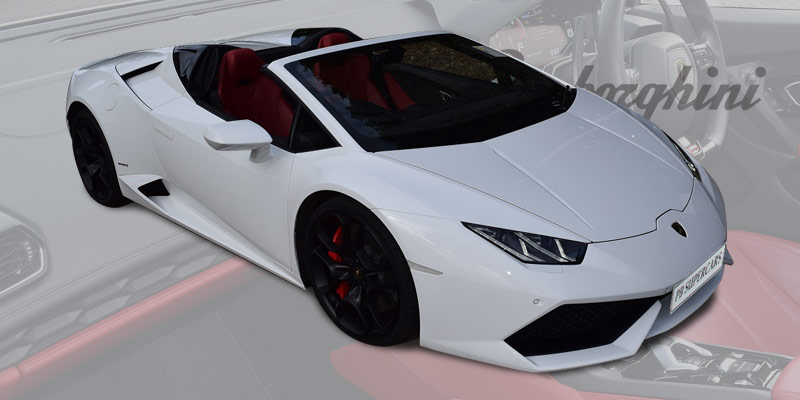 Drop the roof and hit the road. The stunning design and mouth watering performance from theHuracan Spyder will give you one of the most pleasurable experiences you will ever have. 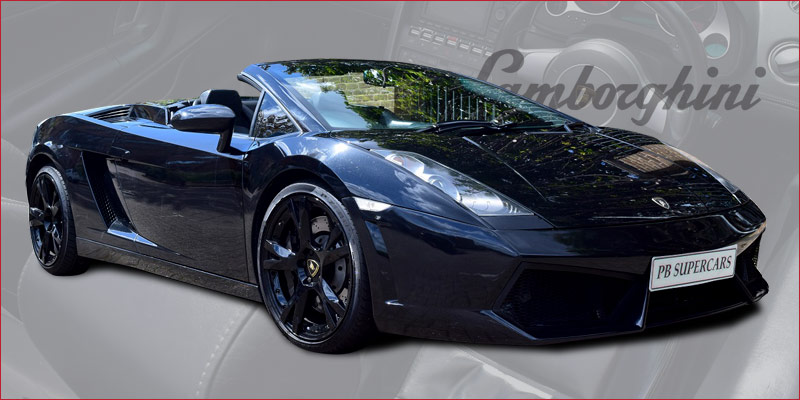 This car is going to go down in history as one of the greatest modern supercars. Our Lamborghini hire car allows you to throw the top down and disappear for the weekend.

Lamborghini hire at PB Supercar Hire, is a hire experience you will never forget. A Lamborghini has jaw dropping design combined with incredible performance, which make this type of supercar hire very popular with drivers that want the complete supercar hire experience. Lamborghini have always produced exceptional cars that provide the X factor and meet the needs of their demanding fan base. They design and build trailblazing supercars which give you a supercar hire experience you will remember. They are not only about the raw power. Our cars still have a lightness of touch making them a real treat to drive. There is something fun and playful about how they handle, giving you the feeling they could bite back at any point. Their design is sharp and adds to the aggressive reputation of the Lamborghini brand. Their engineering is sublime. The stunning Lamborghini V10 engines make an unearthly howl which will turn heads and adds to the overall sense of their wickedness and mischievous nature. The engines sound alone will get you noticed and have people looking down the street way before you appear. The ride however is smoother that you would imagine, you can spend hours in our cars without breaking a sweat as the car guides you through the corners with its superb aero design. A Lamborghini is so much more that that though, it's a real driving experience. They drive like an old fashioned supercar, with plenty of grip in the corners and tremendous acceleration. They are fast and loud and will have the effect of stopping all other traffic around you as you thunder through the streets. A Lamborghini hire car is great way to arrive at that special event or just for everyday use!

Inside you will still find help with driver aids and some comfort, but make no mistake, our cars are designed to be driven. With breath taking 0-60 times and top speeds of over 200 mph, these are supercars that pack a punch. Built as a true supercar, in a Lamborghini you sit low to road, and behind a monster engine that barks at every opportunity. Hiring our Lamborghini is what you have dreamt of since you had the posters on your bedroom wall as a young boy! We rent our Lamborghinis for just for 24 hours, right up to 12 months. A Lamborghini hire is definitely going to give you excitement and a feeling that will last for life.

We have a variety of Lamborghinis for hire and with these becoming a firm favourite amongst our clients it is worth discussing with our sales team your hire options.

A Lamborghini drives and sounds like no other car in the world and of course come with the famous fighting bull logo. Although Lamborghini does not have the racing pedigree like a Ferrari, hiring a Lamborghini will still make you feel like a racing driver. The interiors on our Lamborghini hire cars are finished with incredible detail and exceptional touches all designed to make this brand of supercar feel indulgent and sporty. The cabins are modern and well laded out. Hirers often comment that they feel like they are entering a spaceship control centre! Surprisingly there is also more room than you would expect inside the cabins, with hirers well over 6 feet easily getting comfortable. There is most definitely something special about the Lamborghini badge, generally seen as a symbol of strength, luxury and wealth. At PB Supercar Hire our customers know that whichever Lamborghini they chose to rent will be amazing, sensual and a pleasure to drive. You will find all the latest extras while still knowing you are in a hand crafted environment lovingly put together in their historic Italian base. You can sense the pride that comes with hiring a Lamborghini and understand the mindset of the engineers that build these amazing cars. Our Lamborghinis are iconic, timeless and enigmatic; the Lamborghini is the car of most peoples' dreams. History, performance, design and style combine to give our Lamborghini hire the edge over other supercars on the fleet.

If you choose to rent a Lamborghini at PB Supercar Hire, you will have the choice of stunning cars, all lovingly prepared and maintained in house by our team of experienced Lamborghini specialists. PB Supercar Hire has been hiring Lamborghini's since 2006 and knows these cars and the supercar industry as a whole inside out. All the Lamborghini cars we have for hire are owned by us; we do not sub hire or allow 3rd parties to get involved. Don't fall into the mistake of hiring from a broker as this has many pitfalls. You can view our guide to Lamborghini Hire to help you through the process of choosing the right hire company.

Lamborghini offer quality, power and presence and can be the perfect choice for supercar hire. Anyone can look good behind the wheel of a Lamborghini and present an image of style and wealth. Alongside the looks also comes comfort, Lamborghini engines deliver a punch and sound so incredible that has to be experienced.

Lamborghini was founded in 1963 by Ferruccio Lamborghini, who came from a simply farming family. The company is based in Sant'Agata Bolognese, Italy and is owned by the Volkswagen Group through its subsidiary Audi. It is these farming roots where Lamborghini began, with the production of tractors. Lamborghini has also gone on to make motorcycles and marine engines over the years, but today the main focus is supercars. There are currently 3 cars being produced- the Lamborghini Huracan powered by a V10 engine, the Lamborghini Aventador powered by a V12 engine the Lamborghini Urus powered by a V8 twin turbo. The first 2 being 2 seater supercars with the Urus a new breed of 4x4 to take on the likes of the Bentley Bentayga and Rolls Royce Cullina.

Like Ferrari, Lamborghini has a massive brand and has multiple accessories ranging from laptop bags to trainers sold all over the world. The brands merchandise however does not carry the same cudos as Ferrari. Lamborghini does however have a museum attached to its headquarters showcasing its history and models, with a further museum, located in Argento- the "Museo Ferruccio Lamborghini" displaying Ferruccio's earlier designs and prototypes.

The 1966 Lamborghini Miura was a mid engine, rear wheel drive supercar which set the design for all further supercars and although sales went through the roof during the first few years, the economic crisis of the mid 1970's put Lamborghini into bankruptcy in 1978. The company changed hands 3 times since then with the current owners VW, taking control and placing it under its Audi subsidiary name 1998. With this investment from Audi, Lamborghini were able to design and produce the Murcielago and Gallardo which pushed sales into unknown territory. Unfortunately the economic world crisis of 2008 reduced sales by 50%, but the new Huracan has seen sales increase significantly recently to revenue of £589 million. Lamborghini currently employs 1146 people and produces 3125 supercars per year which are sold throughout a network of 135 worldwide dealerships.

Lamborghini, like Ferrari has been involved in motorsport, however there have never been any factory Lamborghini teams, instead choosing to supply engines or "off the shelf cars" for teams to develop themselves. This is in stark contrast to Ferrari, where it is well known that Enzo Ferrari used his production road cars to fund his racing interests. In the early days this did lead to some issues at Lamborghini as most of the technicians were racing fanatics, with some defecting over from Ferrari. Some of the engineers began working on a prototype racing car the P400 in their spare time, when Ferrucio found out about this, he saw allowed them to use company funds to develop it further as he saw it as a good marketing opportunity. The P400 never made the track however and was developed into the Miura.

In the 1970's BMW contracted Lamborghini to produce 400 cars, as at the time to enter the World Rally Championship, a model had to have produced this amount of road going cars to qualify. Unfortunately Lamborghini failed to deliver due to financial problems and BMW took the operation in house. In 1985 Lamborghini built 1 Countach QVX but sponsorship could not be found and the car only ever raced once. Lamborghinis most successful partnership with motorsport is through supplying engines to the Formula 1 world between 1989 -1993. During this period Lamborghini supplied engines to Larrousse, Lotus, Ligier, Minardi, and to the Modena team. The engine was famous for spurting oil out of the exhaust and covering following drivers in oil.

Lamborghini also took part in GT racing with the single make Diablo championship between 1995 and 1999, and later in the FIA GT World Championship with the Lamborghini Murcielago R-GT, however it took 5 years before it won a race in 2006 when it won the opening round of the FIA GT Championship held at Zhuhai International Circuit. 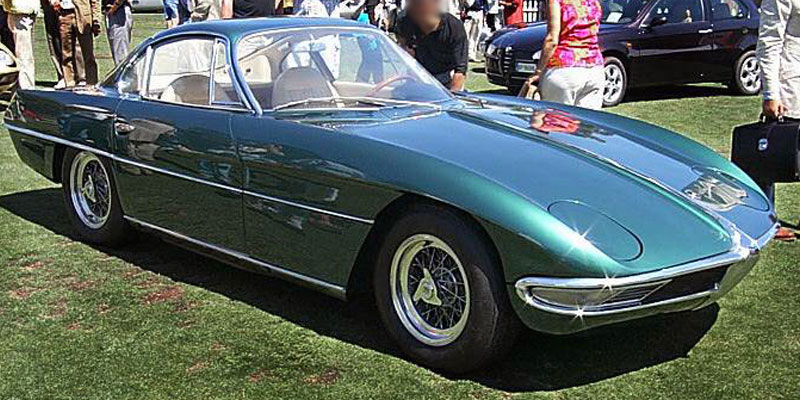 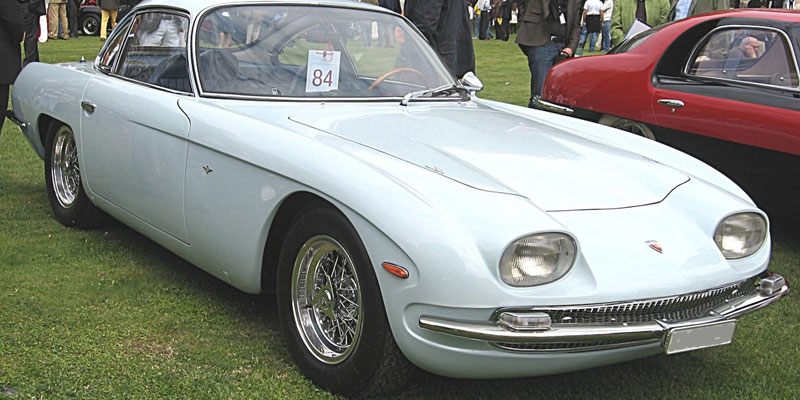 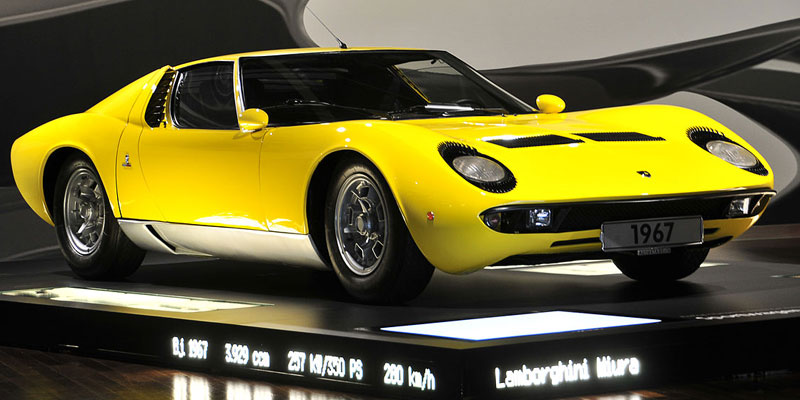 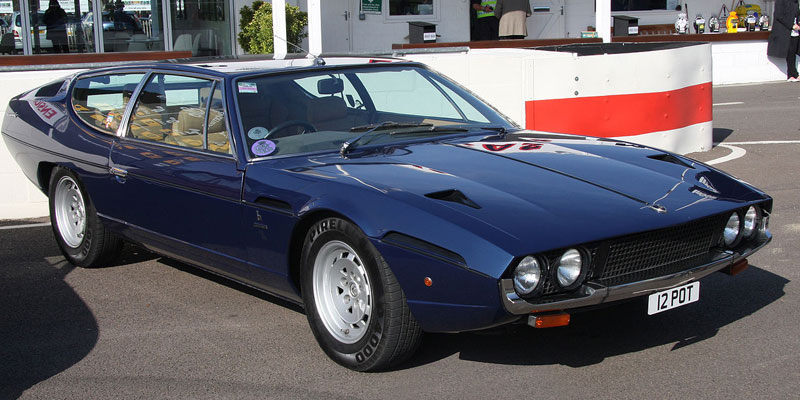 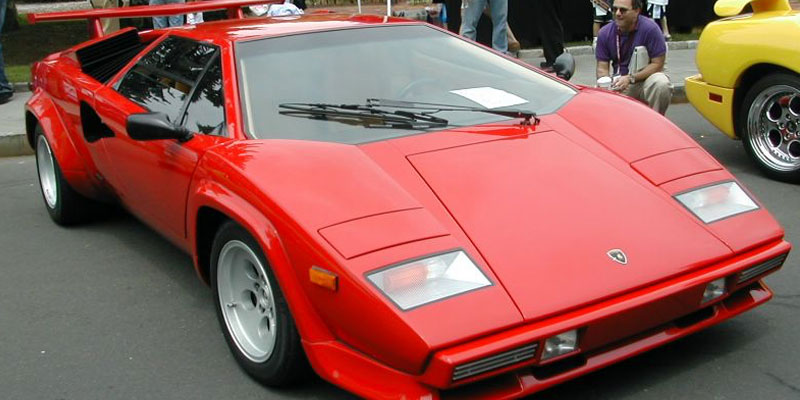 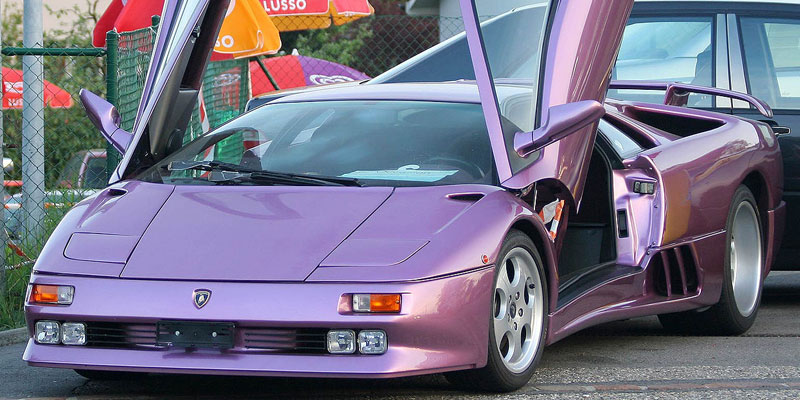 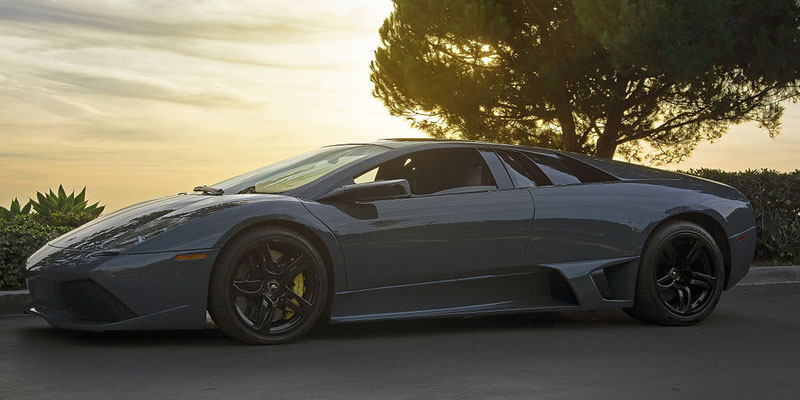 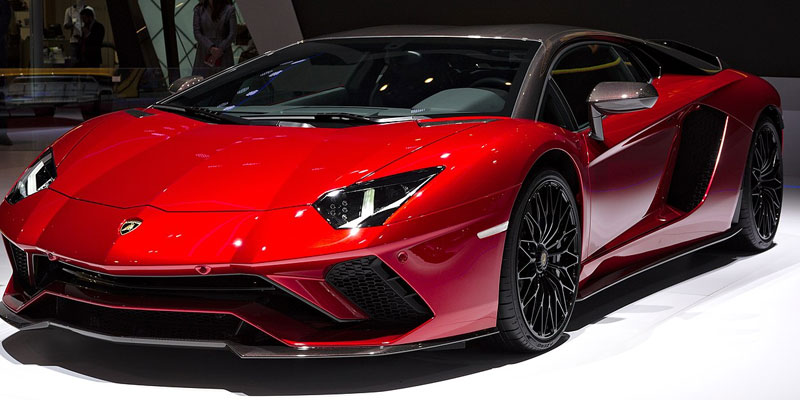