Cheapest Mclaren Rentals in the UK by PB Supercar Hire 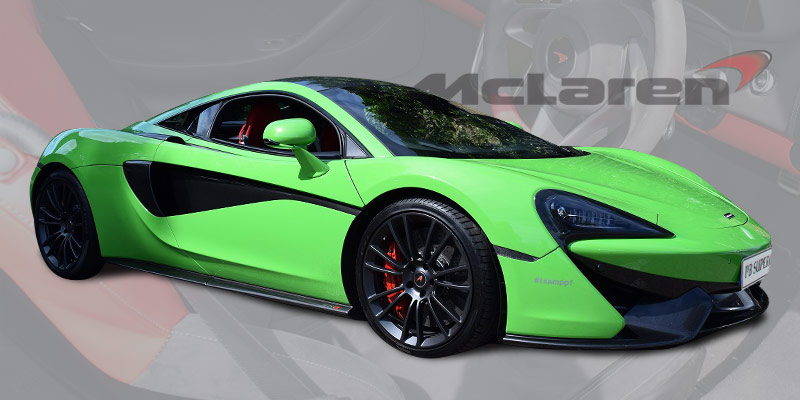 Our McLaren hire car is completely driver-centric and performance oriented, with a 0-60 of 3.1 seconds. This McLaren hire car that we own is going to make you feel like a superstar. The styling and looks of this car are one of the best available. The McLaren hire options we can offer are sure to impress. 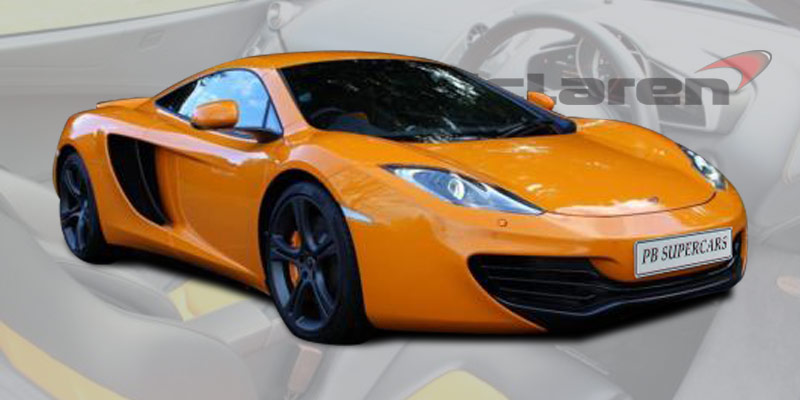 This McLaren hire car we own features a carbon fibre composite chassis, and is powered by a mid-mounted 3.8-litre V8, twin-turbo engine developing 592 hp and follows on the infamous McLaren P1. Our McLaren hire car does 0-60 in an astonishing 2.8 seconds and will leave you with a McLaren hire experience you will never forget.

Rent a Mclaren From The UK's Leading Mclaren Hire Specialists

Hiring a McLaren at PB Supercar Hire is a hire experience you will never forget. No longer just the new kid on the block, McLaren are now considered to be one of the great supercar manufacturers. They produce cars that are out of this world in terms of design and technology. Using state of the art space age manufacturing methods, their cars are nothing like anything else on the market. Their use of a carbon fibre chassis and light but mighty power units means they can make cars that almost defy belief. These are truly the supercar of the 21st century. The McLarenMP4 12C is a hire car that has a 0-60 figure of just 2.8 seconds. Its incredible to believe a car exists which is capable of such performance and available for hire. The ride is fresh and inviting making this a must have experience for anyone who considers themselves a real supercar fan. The design is all about complimenting the performance, but a McLaren still looks amazing and can hold its own against any of their stylish Italian counterparts. The gull wing doors offer something extra and the additional touches such as the air intakes all add up to make this a unique looking super car. The performance is where it’s really at though with one of our McLaren hire cars. Renting a McLaren is as close as you can possibly get to have a Formula 1 experience on the road. McLaren brings their years of expertise and knowhow together to give the hirer an authentic glimpse into the world of F1 driver.

A McLaren has jaw dropping design whether it be the gull winged MP4 12C, or the new era of slick futuristic  models, this combined with incredible performance, makes this type of supercar hire very popular with drivers that want the complete supercar hire experience. Here at PB Supercar Hire we believe the McLaren 570s is the best looking car currently available to hire and it’s definitely the best driver’s car.

McLaren are relatively new to the production market, but have been in Motorsport for years, putting all this experience to use in designing and building supercars. They are not only about the raw power, our McLaren hire cars still have a lightness of touch making them a real treat to drive. There is something fun and playful about how they handle, giving you the feeling they could bite back at any point. Their design is sharp and modern and the engineering is sublime. The stunning McLaren engines make an impressive sound which will turn heads and get you noticed by people looking down the street way before you appear. The ride however is smoother that you would imagine, you can spend hours in our McLaren hire cars without breaking a sweat as the car guides you through the corners as if it’s on rails. A McLaren hire is so much more that that though, it's a car for real drivers and petrol heads who maybe don't want the posing stigma that's comes with a Lamborghini.  They drive like an old fashioned supercar, with plenty of grip in the corners and tremendous acceleration. They are fast and loud and will have the effect of stopping all other traffic around you as you thunder through the streets. A McLaren hire car is great way to arrive at that special event or just for everyday use!

Inside you will still find help with driver aids and some comfort, but make no mistake, our McLaren hire cars with that F1 pedigree are designed to be driven. With breath taking 0-60 times and top speeds of over 210 mph, these are supercars that pack a punch. Built as a true supercar, in our McLaren hire cars you sit low to road, and behind a monster engine that barks at every opportunity. You can rent one of our McLaren cars for just for 24 hours, right up to 10 months and is definitely going to give you excitement and a feeling that will last a very long time.

PB Supercar Hire has a variety of McLaren cars for hire such as the MP4-12C, 540s, 570s, 675 and the new 720s and with these becoming a firm favourite amongst our true "petrol head" clients it is worth discussing the hire options with our sales team.

A McLaren drives and sounds like a racing car. McLaren, like Ferrari has the racing pedigree, and hiring a McLaren will make you feel like a racing driver roaring around the glamorous Monaco Formula 1 circuit. The interiors on our McLaren hire cars are finished with incredible detail and exceptional touches all designed to make this brand of supercar feel indulgent and sporty. The cabins are modern and well laid out with simple easy to use controls. While they have the modern creature comforts, let’s not forget these are road going racing cars designed for true petrol heads! Surprisingly there is also more room than you would expect inside the cabins, with tall hirers easily getting comfortable. There is something special about the McLaren badge, which has undergone transformation in recent years and is generally seen as a symbol of speed, luxury and wealth.  At PB Supercar Hire our McLaren hire customers know that whichever McLaren they chose to rent will be an amazing hire experience.  You will find all the latest extras while still knowing you are in a hand crafted environment lovingly put together in their UK factory. You can sense the pride that you will get when hiring a McLaren and understand the mindset of the engineers that build these amazing cars. Our McLaren hire is iconic, timeless and enigmatic; the McLarenroad cars are the car of most racers dreams. History, performance, design and style combine to give our McLaren hire the edge over other supercars on the fleet for pure driver appeal.

If you choose to rent a McLaren at PB Supercar Hire, you will have the choice of stunning cars, all lovingly prepared and maintained in house by our team of experienced McLaren hire specialists. PB Supercar Hire has been hiring supercars since 2006 and knows these cars and the supercar industry as a whole inside and out. All the McLaren cars we have for hire are owned by us; we do not sub hire or allow 3rd parties to get involved, as this allows us to guarantee prices and we know the condition and history. Don't fall into the mistake of hiring from a broker as this has many pitfalls. You can view our guide to McLaren Hire to help you through the process of choosing the right McLaren hire company.

McLaren offer quality, power and presence and can be the perfect choice for supercar hire. Anyone can look good behind the wheel of a McLaren and present an image of style and wealth. Alongside the looks also comes comfort, McLaren engines deliver a punch and sound so incredible that has to be experienced.

If you are interested in hiring one of our McLaren’s then give us a call and we will discuss you hire options with very low deposits and a minimum hire age of just 25.

McLaren is perhaps best known as a Formula 1 race team, and is the 2nd most successful team ever behind Ferrari, having won 12 drivers championships and 8 constructors’ titles. The McLaren F1 brand was first formed in 1963 by Bruce McLaren, a racing driver from New Zealand, with the road going production car company formed in 1985 by Ron Dennis under the name of McLaren Cars, now known as McLaren Automotive.  McLaren are based in Woking, Surrey and produced 3349 cars in 2017. The McLaren Technology Centre was designed by Lord Norman Foster and opened in 2004 for racing developments with the McLaren Production Centre being built in 2011. The two facilities are connected by an underground passageway.  The site covers more than a hundred acres, with the main building curving around a manmade lake that cools the building and wind tunnel that is used for testing aerodynamic parts. The site contains a swimming pool and fitness suite. Design studios, laboratories, testing and production facilities and cafeteria, and is well known as an excellent place to work. There is also an onsite test track with McLaren offering driving training to its customers. Like Ferrari and Lamborghini there is also a museum that showcases the success McLaren has had over the years, both off and on the track.  In 2020 a new development centre will open near Sheffield, where new chassis and carbon fibre tubs will be designed and built for all future road cars.  In addition to the road cars and F1 team, McLaren also has GT subsidiary dedicated to the development and production of GT race cars, having great success with the 12C GT3 and more lately the 650S GT3. McLaren do not run a works team but instead provide cars to customer teams. In addition to the GT series McLaren also race a works team at Indianapolis which saw Fernando Alonso compete in 2017.

Although Ron Dennis formed McLaren Cars as a subsidiary of McLaren F1 in 1985, it was not until 1994 when the first car was released- The ground breaking McLaren F1 of which only 106 were made and the first car to break the 200 mph barrier. This cars' race sister, the P1 also won the 1995 Le Mans 24 Hour. After this the company lay dormant for a few years, and after a brief collaboration with Mercedes they produced the McLaren Mercedes SLR in 2003. In 2010 McLaren re launched under the name of McLaren Automotive with the impressive MP4 12C, the "MP" part taken from the Formula 1 race car chassis numbers. Between 2013 and 2015 the P1 Supercar went into production, and in 2014 the company unveiled the 650S in Coupe and Cabriolet models, and released the new era of McLarens, the 570S and 540C. More recently the 720S has been released, along with the new P1 Electric Hypercar. McLaren is also currently working on a high powered battery to enter the Formula E championship.

McLaren currently produces 7 cars across the fleet based in 3 categories of "supercar". The "sports" series which comprises of the "entry" level 540C, and the 570S in both coupe and cabriolet models. The "super" series which consists of the 650S, 675LT and 720S again in both coupe and spider models. The "ultimate" series consists of the P1, Senna and BP23 models, all with a £1 million plus price tag. 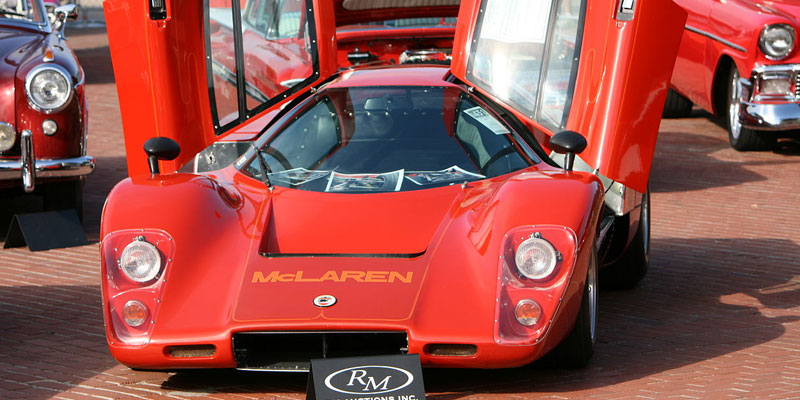 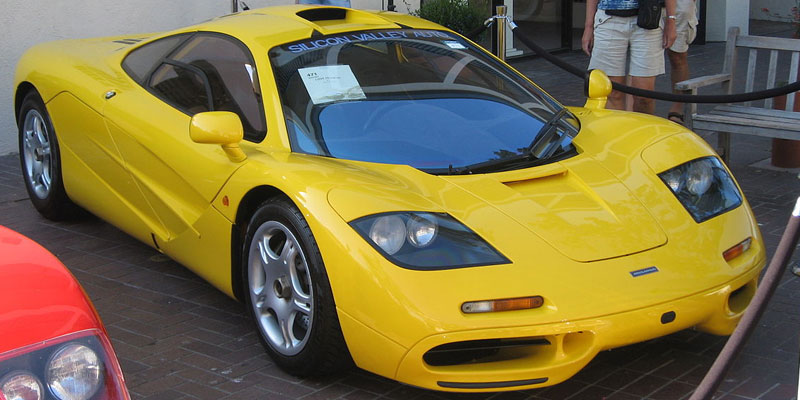 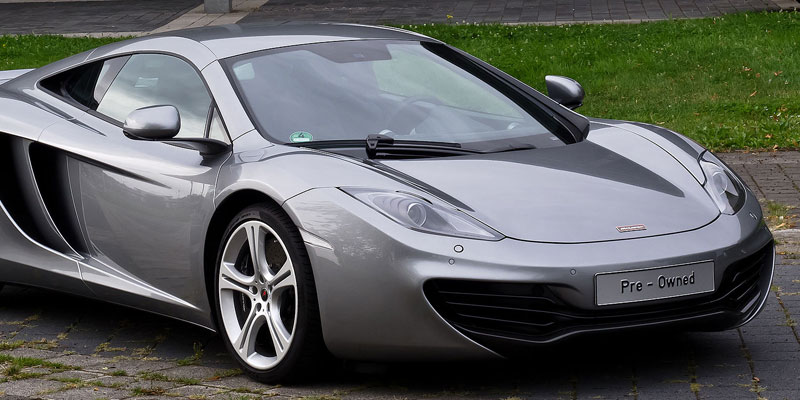 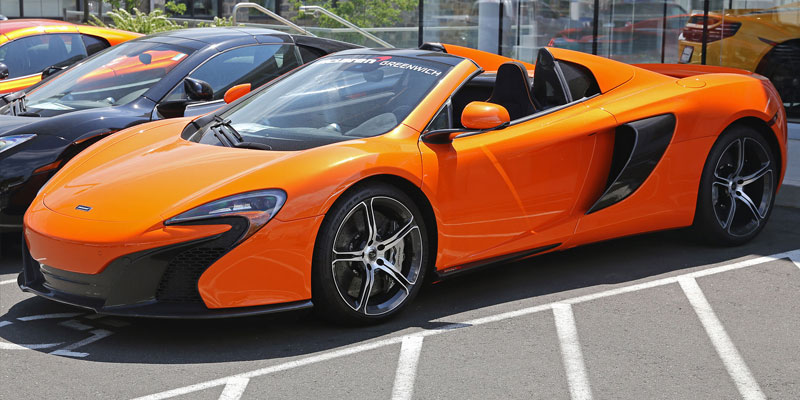 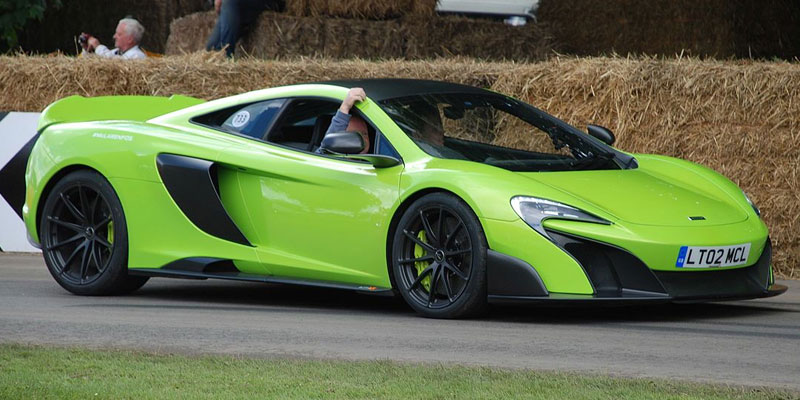 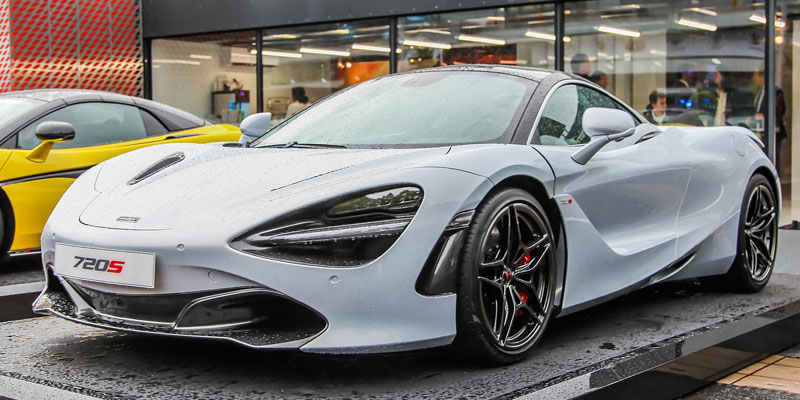 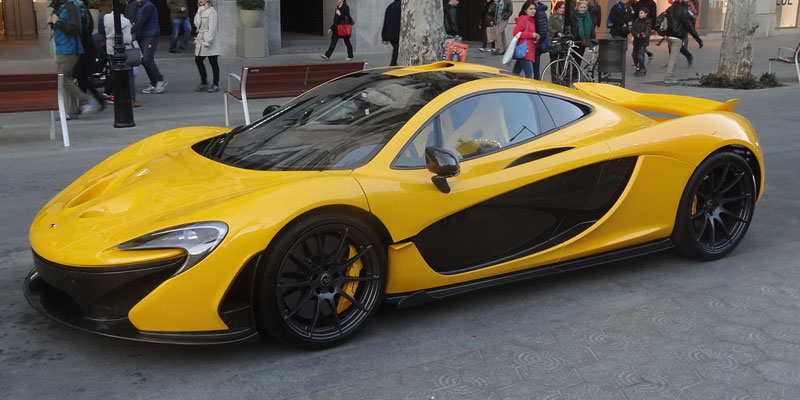 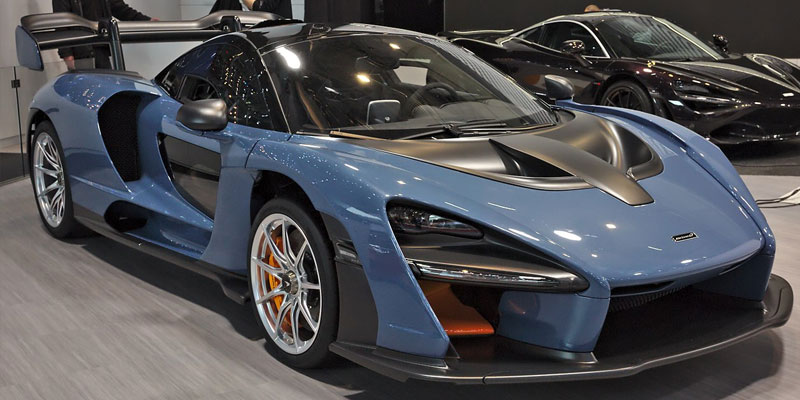